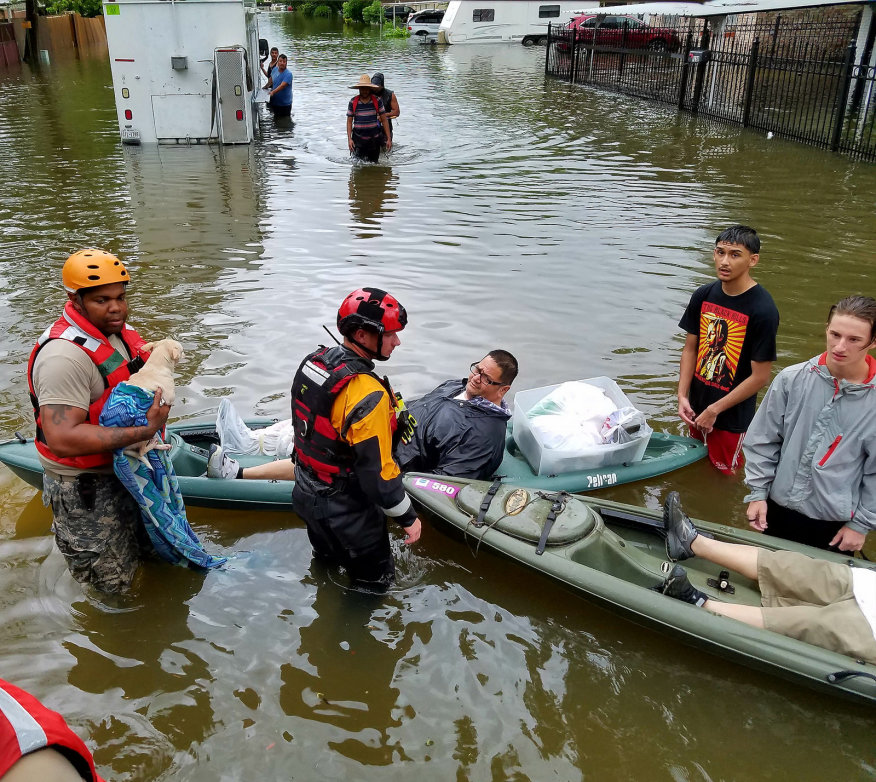 Hurricane Harvey has created billions of dollars in damage, but there may be no workforce to rebuild when the water recedes.

Before crews can even begin to assess the damage caused by Hurricane Harvey, they were hit with an early blow. New data released by the Associated General Contractors of America (AGC) shows that the labor needed to repair the billions of dollars worth of damage isn’t there.

“This hurricane will greatly exacerbate the workforce shortage in Texas, but not just in the immediate area around Houston. Workers will need to be diverted from other parts of the state and country. Especially the workers with the specialized skills to handle repairs on refineries and dams. There is a drastic need to rapidly repair and replace those pieces of infrastructure,” Chief Economist for AGC Ken Simonson said.

Nationwide 70% of construction firms report they are having difficulties finding the hourly labor that represents the bulk of their workforce. Steve Sandherr, CEO of AGC, called it the “single greatest challenge the construction industry faces” and based on the data trends he only expects “it to become harder” to find workers. 67% of firms agree with Sandherr, doubting they will see any improvement to the shortage.

In the state of Texas, 69% of firms have already experienced problems with labor shortages, but with the massive increase in labor demand after Harvey, AGC expects that number to jump drastically above the national average.

Beyond the market for general laborers, Texas faces even worse shortages. 66% of firms are unable to find concrete workers and masons, two of the trades needed most in hurricane reconstruction. This figure was 16% higher than the national average, well before the storm hit the gulf coast late last week.

“These crafts will be in record demand for flood damaged areas. It puts a lot of pressure on contractors and companies throughout the state and surrounding areas to finish up projects so they can divert the workers needed,” Simonson said.

Texas ranked well above the U.S. average in many key sectors including electricians, carpenters, and plumbers creating a problem for both commercial and residential builders. In an effort to anticipate the growing shortage, Simonson said firms will have to change the way they “operate, recruit, and compensate,” noting the shortage will have “significant economic impacts” until the industry can get it under control.

The use of overtime and subcontractors has been the popular temporary fix according to Simonson, but damage caused by Harvey will overwhelm the already stretched thin workforce. 47% report they are increasing overtime labor, while another 41% have turned to subcontractors.

Many firms have made a special effort to recruit and retain veterans (79%), women (70%), and African Americans (64%). Nearly half of firms report increasing base pay in order to attract craft workers while 20% have improved benefits.

“There are big challenges in the construction industry as we continue our recovery from the 2008 recession, and now Harvey. We have a big labor shortage gap and many construction workers heading to retirement. We must find a way to support the workforce and attract the future of this industry,” Hodges said.

AGC called for federal, state, and local officials to address the growing shortage after the damage caused to Houston. In particular they urged the Senate to pass legislation to increase funding for the Perkins Career and Technical Education Act in order to train more craft workers. These measures would couple with the multibillion dollar Harvey relief package the Senate is set to approve in the coming weeks.