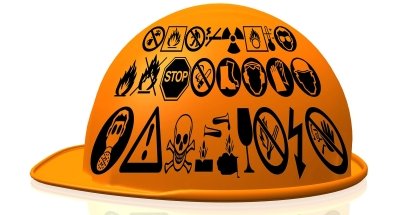 Your health is more than just project safety

Over the last few years’ safety has improved on construction projects and there are fewer accidents and deaths. However, there is still much that can be done and which can be improved. Unfortunately much of the improvements have been focused on the safety aspects on the project, yet sometimes there are bigger killers lurking out there. In this article I want to focus on some aspects which are neglected on construction projects.

1.     Mental health. Suicide rates are going up in many parts of the world and construction workers aren’t exempt from this scourge. Unfortunately in construction, workers often have to work long hours and far from their families. This often leads to additional stresses at home. Many construction tasks can be physically demanding, and some can be boring and repetitive. Few companies offer opportunities for advancement and training. But construction is often viewed as a man’s world and any sign of weakness could be pounced on by colleagues who could resort to bullying. Management often has little empathy for workers and workers are expected to ‘put-up’ or ‘shift-out’. Construction workers are expected to be big and tough and there is often no place to hide. But the biggest issue is probably that construction work is cyclical in nature. Many construction companies terminate workers on a project when they are no longer required. Construction workers live in constant fear that they’ll lose their job – which happens far too frequently. They can then spend weeks at home – not earning money to support their family – before they find employment again. All of this can add to the pressure which eventually leads to suicide. Of course it doesn’t help when contractors aren’t paid by their clients, and subcontractors and suppliers aren’t paid by general contractors. The stress of not being paid, which means not being able to pay workers and suppliers often leads to suicide.

2.     Family health. The families of construction workers can suffer due to the long hours and lengthy periods of workers being away from home. Construction workers often return home tired and stressed to find an equally tired, stressed and frustrated partner. Kids are often brought up by one parent and some children have been known to develop problems. Frequently marriages break up. Sometimes stress in the family leads to medical problems and even suicide amongst partners and even teenagers.

3.     Security. On occasion, construction projects are located in areas where there may be high levels of crime. In extreme cases construction projects occur in areas plagued by unrest and even war. It has been known for workers to be killed or kidnapped. Because workers often travel after normal working hours they have more chance of being attacked or robbed on the way to or from work.

4.     Travel. Because of the transient nature of construction projects most workers don’t live near where they are working. This could result in long commutes, which on top of the long hours that most construction workers work, can lead to fatigue. The long working hours also means that these commutes happen before sunrise and after sunset. Sometimes traffic accidents cause injury and death to construction workers.

5.     Stress. As mentioned previously, living away from home and working long hours can cause stress. Then there’s the threat of losing one’s job, or the long waits between construction projects, which adds to the stress. Those in management often have stressful jobs with big responsibilities. The client wants their project delivered on time while their managers are demanding profits. Senior company management have the stress of finding, pricing and winning new projects, they are always worried when clients don’t pay, every project seems to have some problem or crises at some stage. Stress leads to health problems and even strokes.

6.     Drugs and alcohol. Those working away from their families are often bored and can be tempted by others drinking or using drugs. Some jobs are repetitive and boring, while other jobs can lead to physical pain. Workers sometimes turn to alcohol and drugs to alleviate boredom and pain. Drugs and alcohol abuse often lead to accidents, or health problems. They frequently cause family problems and break-ups.

7.     Poor eating habits. As mentioned those in construction work long hours and sometimes far from home. A meal for a construction worker is often something bought from a fast-food outlet or the local café – certainly not a balanced or healthy diet. Poor diets can lead to illnesses including diabetes and heart conditions. Many workers also consume large amounts of sugar drinks, and some even consume great quantities of energy drinks which can contain big amounts of caffeine.

8.     Lack of exercise. Now we would expect construction workers to be healthy and fit doing hard physical work. Unfortunately there are some workers, such as machine operators or those who have desk jobs, who don’t have physically demanding jobs. These workers also work long hours sitting down and don’t have time, or are too tired, to do physical exercises. This, combined with a poor diet, could lead to health problems.

9.     Lack of sleep. This can be a problem with those who work night shift. It’s often difficult to sleep during the day when noise, disturbances and even heat can disrupt sleep. But even those who work day shifts might have to get up early to travel long distances to work, often arriving for an early start. Lack of sleep can lead to other medical problems and stress.

10.  Exposure to the sun. Construction companies are becoming more aware of the dangers of skin cancer and more companies are encouraging workers to take precautions to lessen the impacts of too much sun. But skin cancer still remains a real danger and life risk.

Construction companies need to take safety seriously. Poor safety costs money. However, construction companies also need to be aware of the hidden dangers that can kill, or at the very least which impact productivity. Management should show more empathy to their workers, be aware when workers appear to be acting differently, notice when things don’t appear right, and ensure that workers don’t work excessive hours. Sometimes workers need to be made aware of these hidden dangers which could be via posters and tool-box (tail-gate or pre-start) meetings. Where necessary counselling should be available for troubled workers. Avoid interrupting family time and provide sufficient time for workers to spend time with their family. Drug and alcohol abuse should not be tolerated. 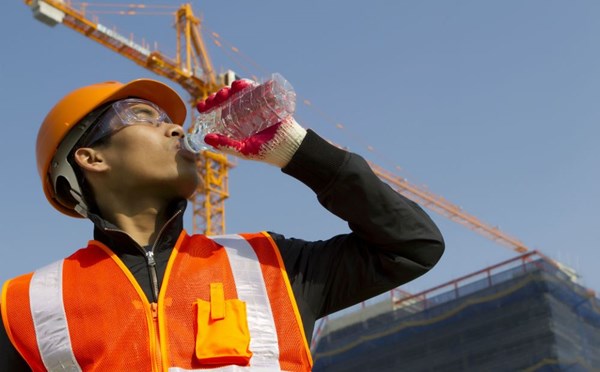 Drink Up: How to Prevent Dehydration on the Job

Drink Up: How to Prevent Dehydration on the Job