Hazards of Recycling and The Prime Importance to Society 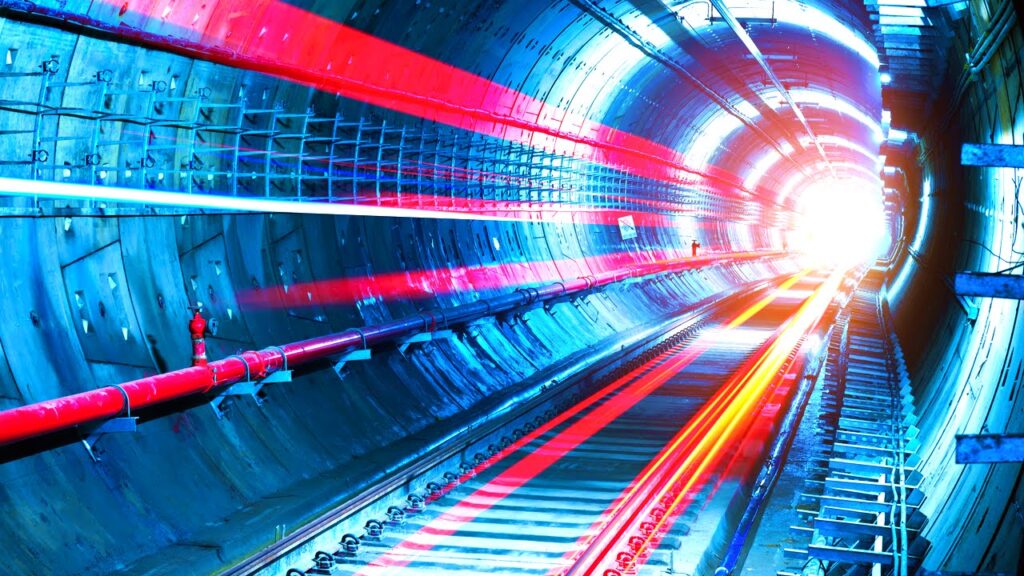 10 Of The World’s Longest Tunnels, How Many Have You Been Through

By NYC Shanty | blog | No Comments

MEGA-Tunnels Of The WorldFor centuries, mountains and lakes posed massive problems for engineers. Like bridges, tunnels are a modern day engineering marvel, even though humans have been boring them for thousands of years.

In the past, we hewed tunnels out of massive rock faces with chisels and hammers; over the centuries, our methods have improved. Now, we bore tunnels with Tunnel Boring Machines (TBM), or “moles”, allowing us to dig deeper and farther than we ever have before. 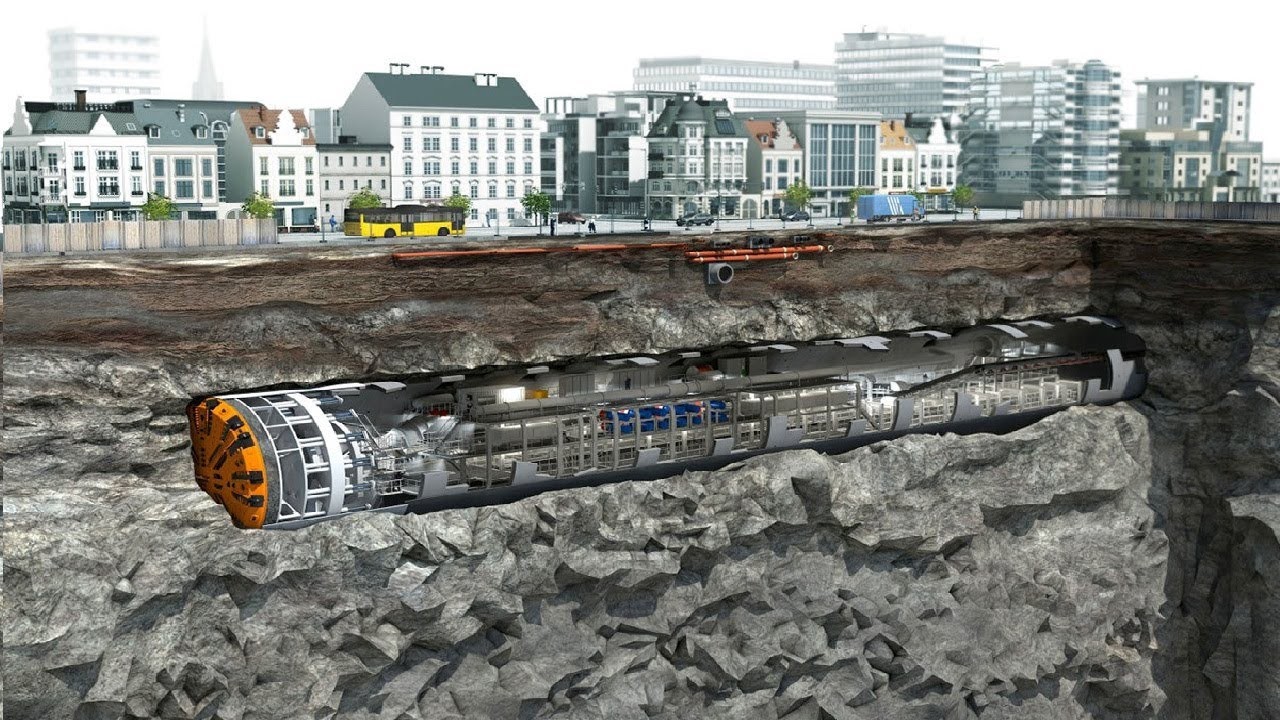 Deep Rail Tunneling Under Cities
With our modern technology, we can excavate faster and smarter, resulting in massive networks of tunnels that dramatically reduce travel time between locations. Currently, the longest and most impressive tunnels are concentrated in parts of Europe and Asia due to their mountainous topographies. But that’s soon to change: With groundbreaking projects like Elon Musk’s Hyperloop on the horizon, it seems like it’s only a matter of time before tunnels of unprecedented lengths are bored between key cities in the USA.

As we mentioned, the longest tunnels are located in continents like Europe and Asia, but there are other modern marvels scattered across the globe as well. To give you the full picture on the longest rail and road tunnels to date, we’ve highlighted 10 of the longest (and impressive) tunnels in the world below. 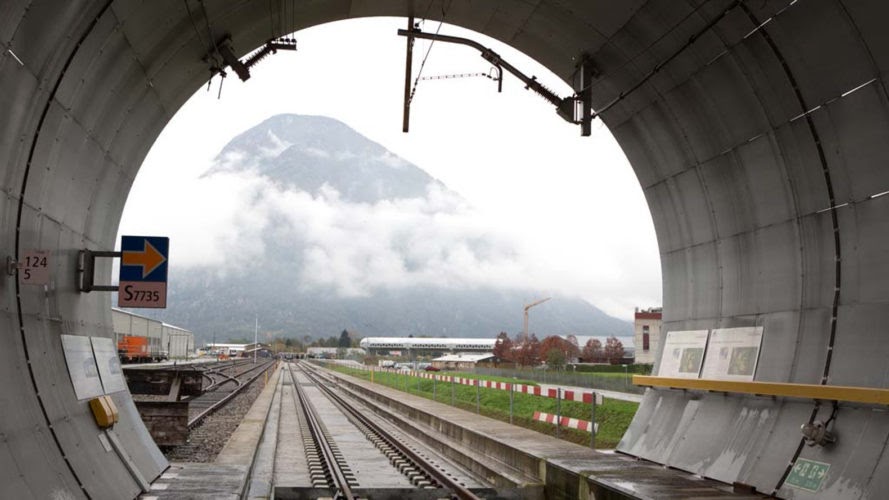 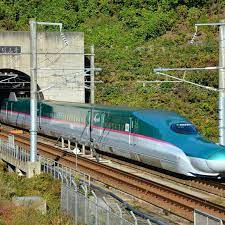 Connecting the Japanese islands of Honshu and Hokkaido via the Tsugaru Strait, Seikan Tunnel lies 790 ft below sea level and is the longest tunnel in the world with an undersea passage. Designed for mass transit, construction of the tunnel lasted nearly 50 years, spanning from 1971 until its official opening in March 2016.

The Channel Tunnel is both a railway and shuttle transportation system connecting the UK and northern France. The undersea portion of the Channel Tunnel extends below the English Channel at the Strait of Dover, and has the longest undersea segment in the world at 23 mi (39 km). Construction for the Channel Tunnel began in 1988 and ended in 1994. 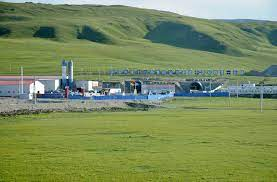 The New Guanjiao Tunnel is a dual-bore, dual-rail tunnel extending across the Qinghai-Tibet railway in Guanjiao Mountain. The longest railway in China, it sits at 10,800 ft above sea level and took seven years to complete before it opened in 2014. 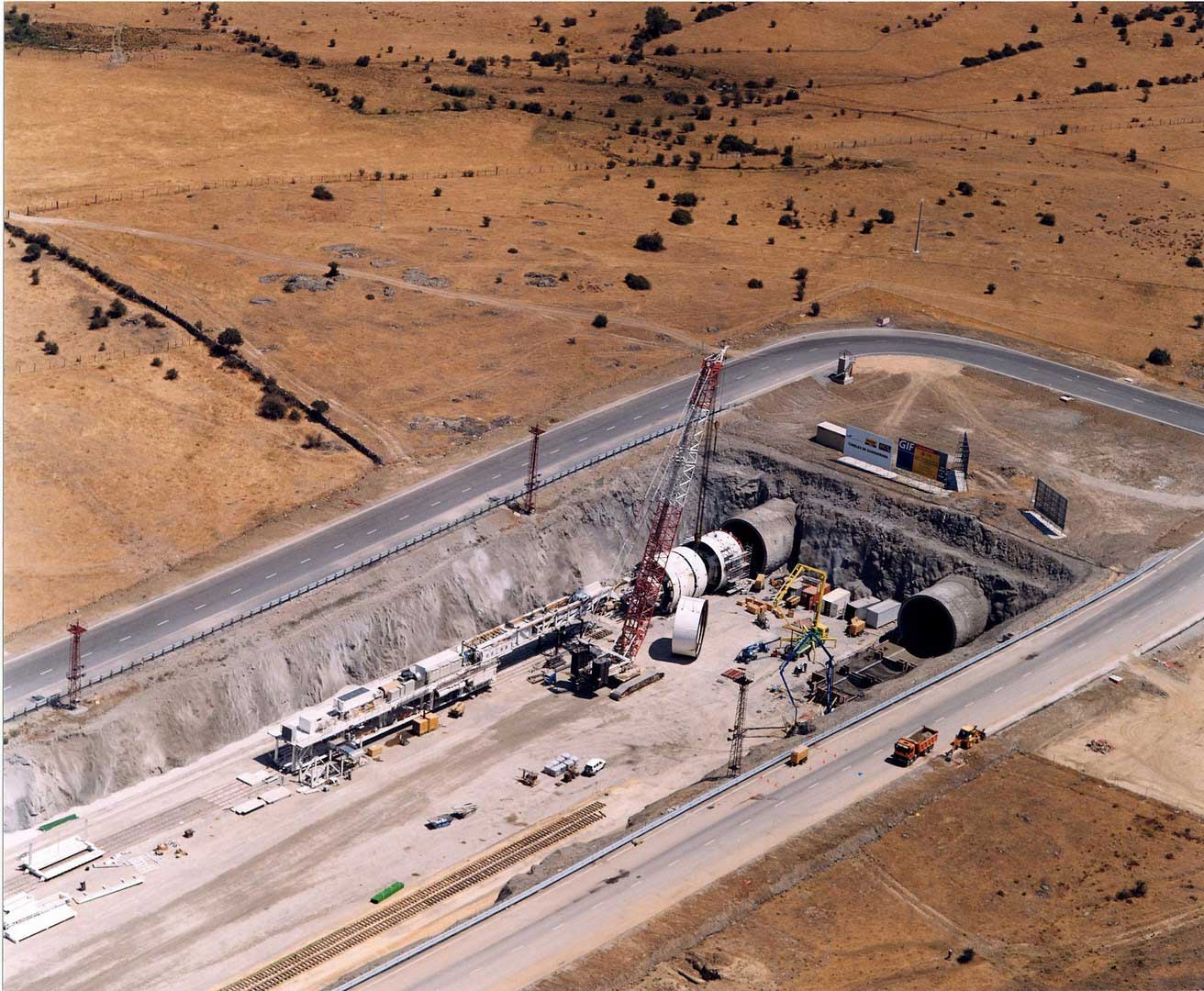 The Guadarrama Tunnel was built between 2002 and 2007 to shorten the travel time between Madrid and Segovia, two heavily trafficked tourist destinations separated by the Sierra de Guadarrama mountain range. Before the construction of the tunnel, which cuts directly through the mountains, travel time between the cities took well over an hour. Now, the tunnel services high-speed railway trains, reducing traffic time to thirty minutes. 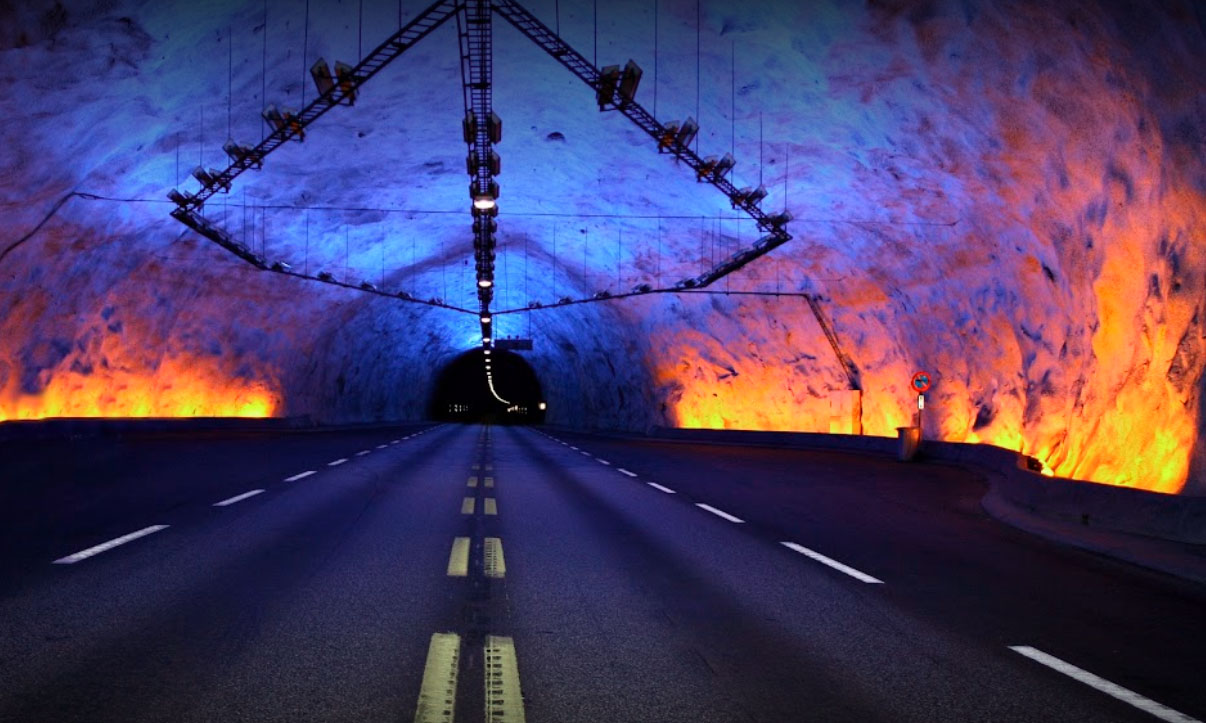 The Laerdal Tunnel is a two-lane road tunnel connecting Laerdal and Aurland in Norway. The longest road tunnel in the world, it was built to replace ferry and mountain passage during the winter when traveling between Oslo and Bergen. The tunnel itself was designed with special neon lighting and limited straight sections to avoid wrecks and an overall feeling of monotony while passing through. 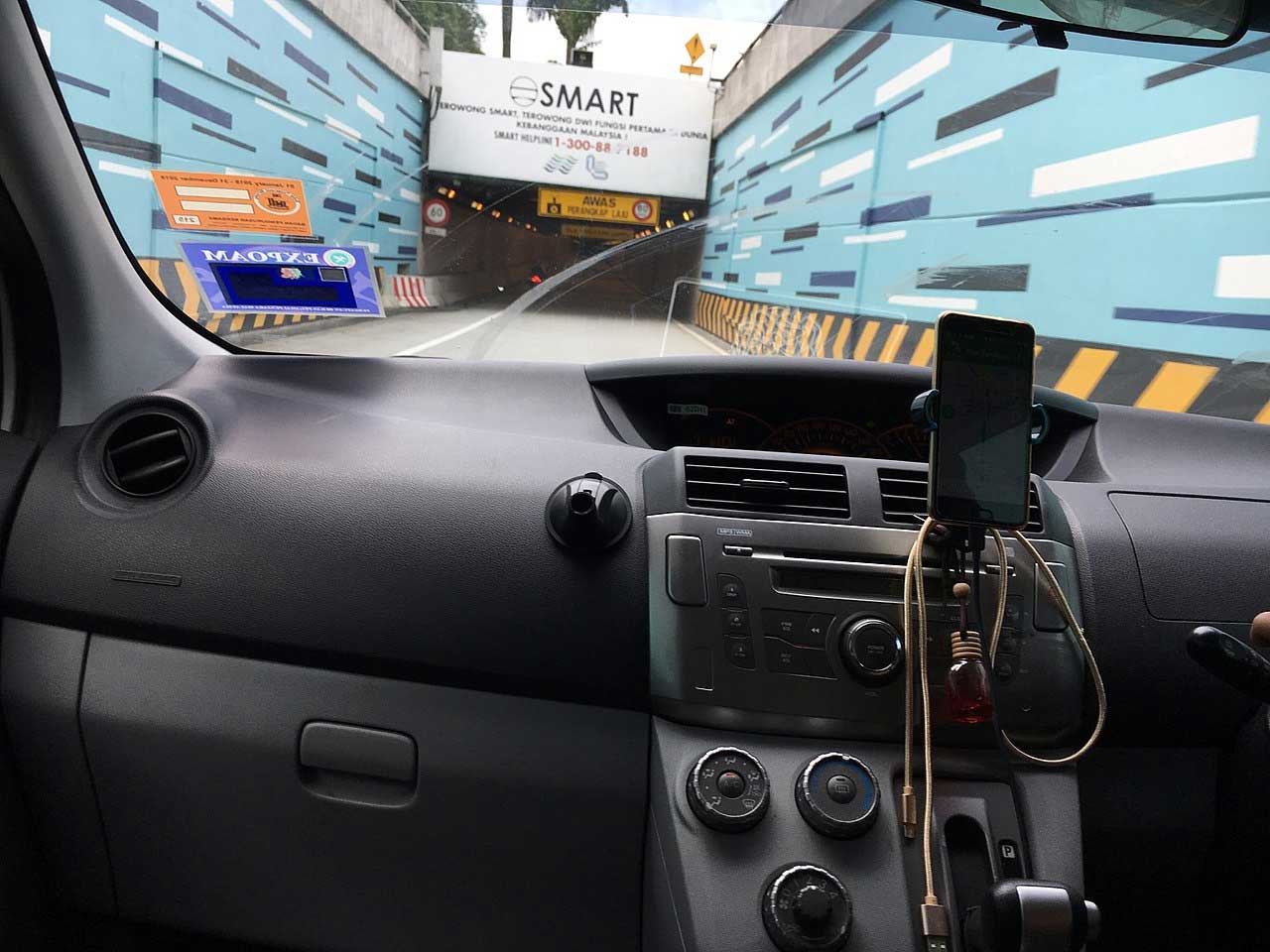 Kuala Lumpur’s SMART tunnel is the world’s longest multi-functional tunnel. It was designed to reduce traffic jams between Jalan Sungai Besi and Yoke Lew and to alleviate flash flooding throughout the city. A two-part tunnel, the SMART tunnel consists of a stormwater portion and a motorway portion. A complex engineering feat, construction on the tunnel took four years (2003 – 2007) and has already spared the city from over seven potentially dangerous flash floods in its city center. 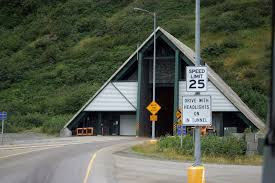 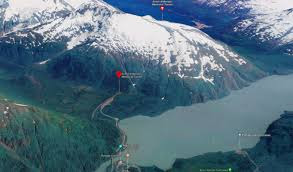 Reaching a maximum elevation of about 11,160 ft, the Eisenhower Tunnel, located 60 miles outside of Denver, Colorado, is one of the highest vehicular tunnels in the world. Dual-bored with four lanes, it was one of the final major installments to the Interstate Highway system, and carries traffic under the Continental Divide in the Rocky Mountains. 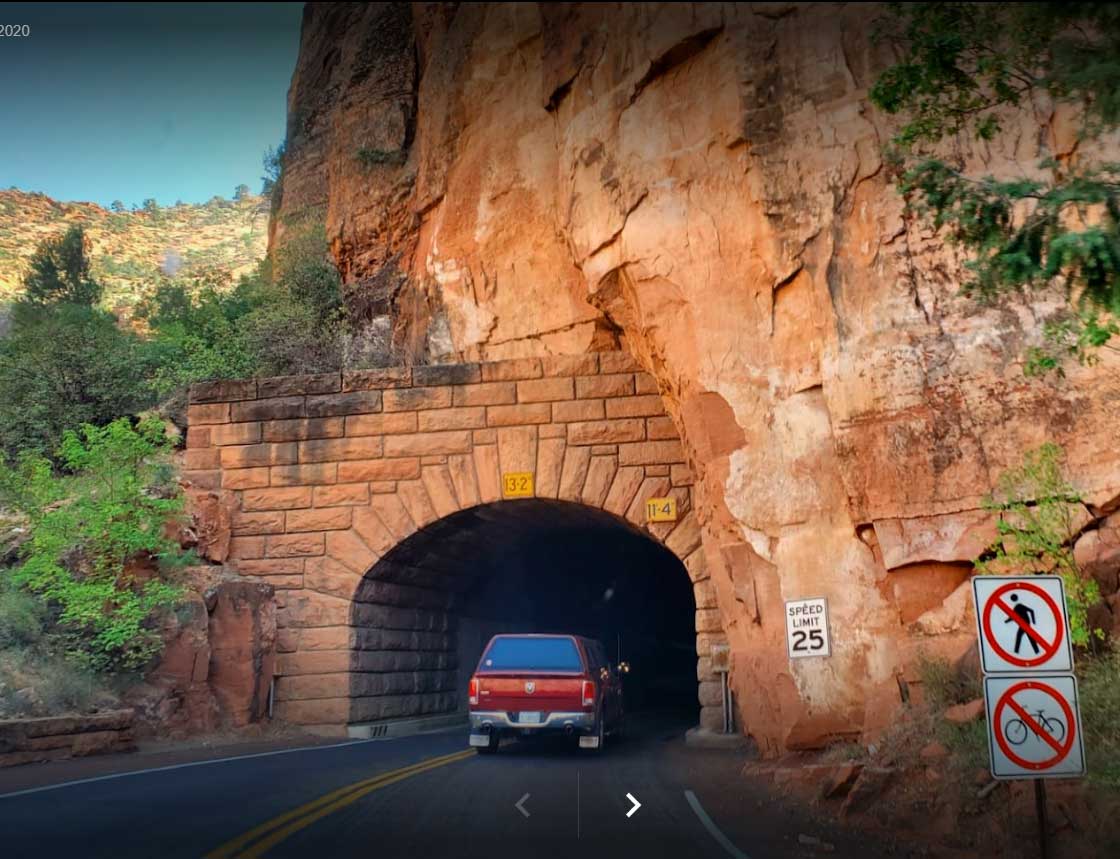 The Zion-Mount Carmel Tunnel was constructed in the 1930s to grant direct access to Bryce Canyon and Grand Canyon from Zion National Park. Built with mining techniques as opposed to traditional tunneling techniques, the tunnel’s dimensions are not large enough to accommodate multiple vehicles at once. Thus, drivers must pay a fee to transit the tunnel, and drivers of large vehicles (11 ft high, 7 ft wide) must give advanced notice before they are permitted passage.

While this is by no means an exhaustive list, we did our best to include the most talked about tunnels today.